The Amarok’s impressive new 3.0 liter engine, new interior and exterior styling as well as under-the-hood technology meant there was a lot to show off in this action-packed, multi-faceted campaign.

Shooting took place over eight exhilarating wintry days at some pretty rugged and difficult to access locations across the Western Cape. While easy for the hero vehicles, it was a little more challenging to get the crew and talent to some of the more far-flung spots.

Planning was essential as shooting two separate TV commercial scripts as well as a product film over a huge range of locations as well as multiple vehicle and cast changes meant that everything had to run like a well-oiled machine on this mammoth production.

Bruno handled the action genre with a deft hand, directing multiple explosions, flying rigs, high speed chases, base jumping and some impressive stunt driving on top of a sheer cliff in the Matroosberg.

An epic shoot for an epic agency and client. 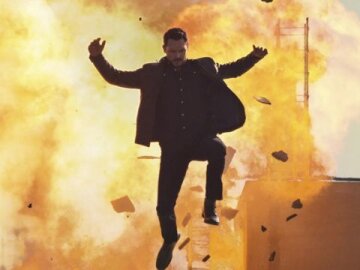 Carbon Films is delighted to welcome the super talented and award-winning director, Rob Smith.While he is best known for his ground-breaking... 阅读更多
AGENCY: ,

The approach to the making of this commercial was to create a story set over an indeterminate period of time, showing everyday moments in the life... 阅读更多
AGENCY: ,