Don't Forget To Look Up: VCCP's Jim Thornton On Living In London 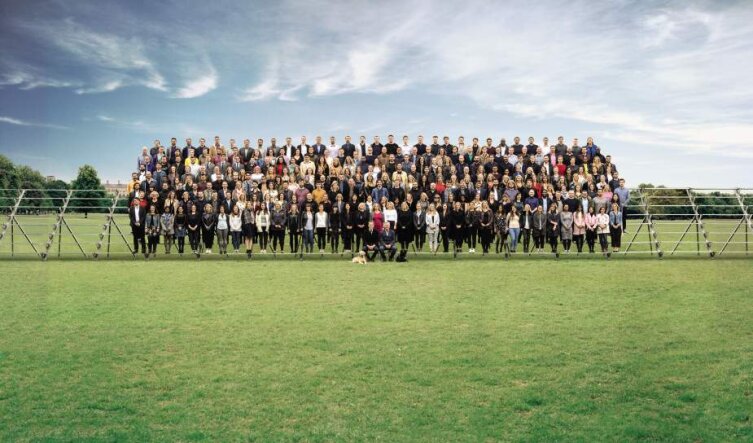 
Tell us about yourself and your current role: Where are you from? What do you do?

I grew up in South Cheshire, on the Staffordshire/Shropshire border, in a very small village. At 18 I moved to university just outside London, fell in love with London and moved there as soon as I could after graduating.

Then life and love took me out of London and back to another very small village just north of Brighton, where I lived for some 24 years, commuting back and forth to London for work throughout.

I am now living somewhere I always dreamed of living - on a boat on The Thames at Hammersmith. It’s moored on a small pier of just 9 boats and two offices, but which numbers among its little community writers, musicians, a designer, a sculptor and a botanical artist (who, just in case you were wondering, has also written the definitive work on ‘The Tulips of Europe & Asia’).

Living on the river is amazing. It’s like waking up on a small island right in the middle of London - you’re part of the city, but somehow separate from it too. And you have a feeling of space you wouldn’t find for less than several million quid in any other residence.

It seems ironic after spending so much of my life in rural villages, but it feels like I’ve found a rural village right in the heart of London - truly the best of both worlds.

How would you describe the culture of London?

Crikey, that’s a big question. Eclectic would probably best describe it. And exciting. Even more exciting than when I first moved here in 1985. And so exciting to be back.

Yes, there’s all the usual stuff - gigs, galleries, plays, museums, talks, parks, restaurants - but since moving back I’ve concentrated on exploring my own area and discovering the history, culture, and the multi-culturalism, of Hammersmith and the River Thames.

The river is a wonderful place to walk along, but then London is an amazing city to walk in. Whenever anyone is coming over and says ‘what should I do?’ I just say ‘walk around. And don’t forget to look up’. So much history, so much varied architecture, so many parks, so many tiny unexplored streets, so many trees. (I don’t know if this is true but someone told me that London has so many trees that if it weren’t a city, it would be designated a forest)

In what ways does the city or its culture inspire you and your work?

I always think that to be good at this job, you need to be curious about everything and everyone. And you’d have to live several lifetimes to satisfy that curiosity in London. Every day is an adventure if you just get out, open your eyes, and talk to people.

What is the best incentive that London offers agencies?

The access to the greatest, broadest arts scene in the world, whether high, low or middle-brow, all in about 5 square miles.

If you had to choose, what is your favorite hidden-gem in London?

During the summer I was walking along the river path and discovered, in the heart of the city very near Tower Bridge, a tiny beach, which only exists at low tide. We sat on the sand, had a picnic and sunbathed until the tide turned. In central London. Amazing.