Tell us about your role in the creation of this work.

As the creative team on the project, we took our responsibility of this important message seriously, and brought our female sensibility and attitude to the work. For what could be a sensitive topic, we crafted a tone of voice that spoke to women in an honest and educational, yet humorous way. Through our punchy scripts we attracted some great directors and were thrilled to collaborate with Harry Bradbeer to bring our idea to life. Alongside our films, we carried on the education through social assets and a campaign hub for Durex.com that allowed women, and men, to learn more.

Give us an overview of the campaign, what is it about?

‘Ladies, let’s lube’ is a global campaign that aims to normalise female sexual discomfort and encourage women everywhere to take control and enjoy better sex, by simply reaching for lube.

Most women experience discomfort during sex, yet few talk about it, and even less actually do something about it. Through this campaign we wanted to start an honest conversation about the issue, telling women that it’s totally normal and in fact, totally natural as your lubrication level fluctuates with your monthly cycle. Then we wanted to remove the stigma that has surrounded lube for (most) women, for so many years.

Tell us about the details of creative brief, what did it ask?

We were asked to de-stigmatise and normalise the use of lube for women. This was the first time Durex had spoken directly to women about using lubrication, normally targeting men or couples. Statistics show that 9 out 10 women say sex feels better with lube, but first we needed to communicate that using lube isn’t only for kinky sex or menopausal women. 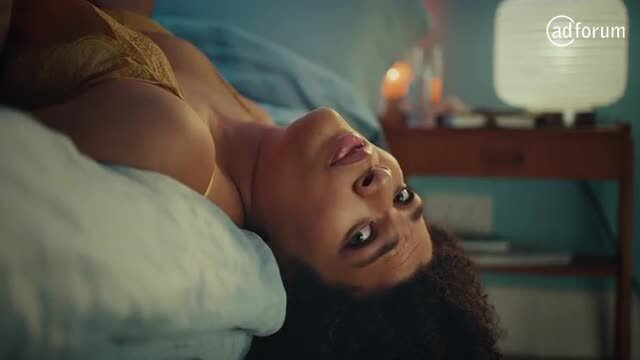 Which insight led to the creation of this piece of work?

One shocking insight was that 58% women just put up with uncomfortable sex: “I often put up with a little discomfort during sex and compromise my enjoyment because I don’t want to make it a bigger issue than it needs to be”. This led us to the thinking… in a world where women are positively changing the narrative in many different ways, why are we still putting up with uncomfortable sex?

Another surprising insight - even to us! - was learning that a woman’s natural lubrication level changes with her hormones, so for two thirds of the month it’s natural for women to feel drier down there. We felt this was an important fact that needed to be put out there in the world.

Can you share with us any alternative ideas (if any) for this campaign? Why was this idea chosen?

This idea was chosen because the client agreed it was time to have a straight talking advert that can help inform and liberate women out of the stigma of using lube. It is natural for men and women to use lube, and it’s time the world realised that.

What was the greatest challenge that you and your team faced during development.

We had a responsibility to reflect society’s needs and show the real side of sex, this can be tricky when dealing on a global scale - with countries all around the world varying in their POV about sex. The creative narrative was different for this category and this brand. Luckily our creative translated and is helping women (and men) all around the world.

What did you enjoy most about seeing this campaign through? Did you learn anything new from the experience?

One of the highlights of working on this project was being able to change the narrative of sex adverts, especially for women. Sex is a complex - and still often a taboo - subject, but the more we portray the realities of it, the better, healthier sex we will all get to have!

Where do you see this campaign going in the future?

We hope the ability to have more open and honest conversations about sex with consumers continues. It would also be fantastic to write a second part that aims to educate men on women’s sexual wellbeing.