Trolls: To Feed or Not To Feed

Sunni Thompson, Executive Director, Content + Social at J. Walter Thompson Atlanta recently spoke at the SXSW panel Trolls: To Feed Or Not To Feed. Here are her thoughts. 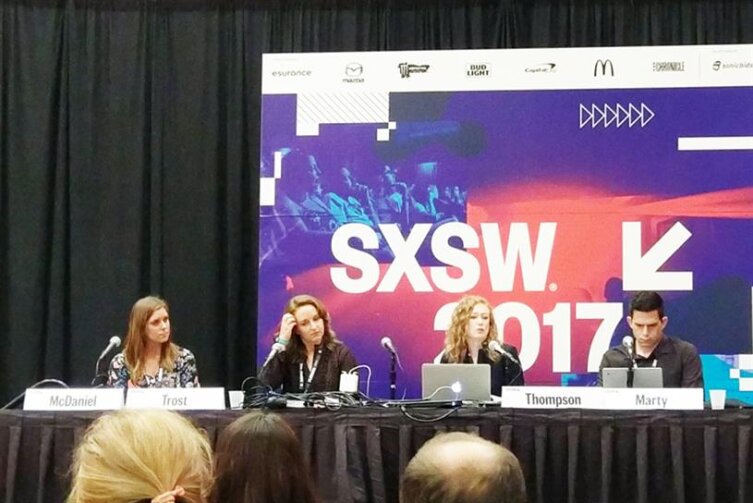 The social + content team at J. Walter Thompson Atlanta manages dozens of social media profiles for our clients, ranging in size. The largest has 4.5mm followers—but the most notable metric is that it has 8% organic reach. Facebook loves to warn most companies not to expect more than 1% organic reach, so 8% is unheard of. It’s directly attributed to the passion and excitement this community’s followers have for the brand.

But with high levels of passion and engagement come the following: strong opinions and highly emotional reactions. We’re a fairly lenient community; for example, we allow all sorts of curse words, including f-bombs, as long as they’re celebratory (as in, f-bomb yeah!). Because there’s a high level of engagement, we have semi-round the clock moderation. Nearly every team member has taken a weekend turn, which has resulted in one ongoing debate: when to ignore, respond, hide or ban.

Ignore, respond, hide or ban: the four tactics of any community manager. This is how we exert our will, or make our communities fall in line. And yet, when you have a community of community managers you realize that everyone has a different approach. For some of us, strongly held opinions—even if they’re biased in a way that we strongly disagree with—are fine to ignore and leave as is. For others, this is an offense worth banning.

So we debate, constantly. “Free speech,” yells one side. “Off topic,” yells the other. Naturally we felt this debate should live in public: specifically, on stage at SXSW.

The “Trolls: To Feed or Not to Feed” panel featured the following perspectives:

-       Brand: Alicia Trost, Bay Area Rapid Transit – Alicia and her team were behind one of the most notable Twitter interactions of 2016, when BART started spewing honesty to angry followers

Over the course of the discussion we hit on the following key points:

Trolls are people, too

We’re quick to label people these days, and trolls are no exception. The obvious, violent trolls aside, sometimes what we label as troll behavior is actually just a regular, law-abiding citizen posting online with blunt (and sometimes irreverent) honesty. Jeff’s faux profile started from his frustration with politicians and media not being more direct and honest.

They’re seeking truth, so don’t shy away from giving it

If you can respond with directness and truthfulness, do it. BART made headlines with their honest tweets because it was not necessarily expected behavior online. But as Alicia pointed out, all they did was respond to complaints with approved talking points. Perhaps because Twitter forces us to speak concisely, these tweets read as pointed and direct, which worked.

Alicia and her team were only able to respond quickly because they had pre-approved talking points. But they also tailored these points to the context of the user they were responding to. Copy-and-paste responses are the opposite of direct and honest.

Know when to give up

As Jeff himself points out, some people won’t accept any answer you give. So trying to reiterate the same point repeatedly will be futile, and will make you angry. Post your pre-approved answer once, follow up for clarification if necessary, then start responding with “We answered this point previously, please see comment above.”

Have a diverse team

This was the theme of SXSW 2017 as a whole. Nearly every speaker talked about the benefits of having a range of perspectives—and the Trolls panel was no different. Alicia pointed out that her team works because she’s a seasoned PR veteran, and the man who writes the tweets is a millennial with significant social media experience. This balance of perspectives ensures the social media message stays on point. As for me—well, without a range of perspectives in our office we would never have conceived this panel topic.

Three Big Trends that Point to the Next Decade

Advertising and the Xmas Factor