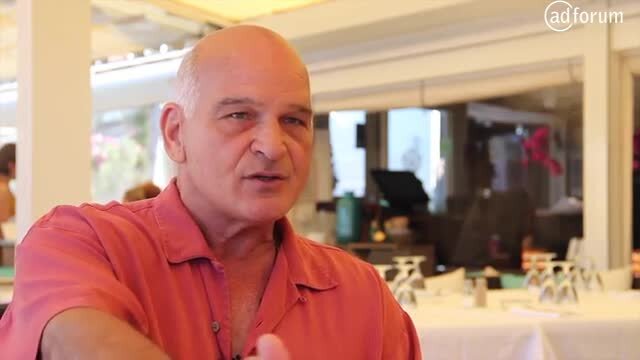 The last time I spoke to Harry Tracosas, more than a  year ago, it was on a beach in Cannes. He looked pretty much at home there – which is not surprising as he spent 11 years of his career as an underwater cinematographer. I kid you not: the man has literally swum with hungry sharks.

I’ll let you watch the interview to find out how Harry rose from sweeping floors in New York to getting a job as a “grip” and eventually running his own production services company in Miami. But the thing you need to know today is that Harry runs Global Production Network (GPN), a worldwide network of production services companies. GPN recently became the sponsor of the new Production Company of the Year award at the Epica Awards (currently open for entries).

To put it in Hollywood terms, whatever your mission, no matter how tricky it might seem, GPN can put together the right crew.

So how much has changed for Harry since we last met? He says: “Well, we have 37 brick and mortar companies in place around the world that service the traditional production hubs, but also bear in mind that in regions like South East Asia and Africa there is a need to service countries that do not have production infrastructure, so ‘’hub’ countries like Thailand, Kenya and South Africa also need to extend their services to surrounding countries. The same is true in Central America, and Eastern Europe. Practically speaking, we have reach into around 100-plus countries.”

The world has changed in some respects, however. The United States has a different President, and life in general seems to have become harder and more volatile.

“This year has been a bit tough,” Harry admits. “Clients have always expected us to do more with less, but lately they’ve gotten even more demanding. Fortunately we have access to an array of highly diversified talents, locations and opportunities.”

Harry doesn’t shoot underwater any more, but he retains the soul of an adventurer and a useful curiosity about faraway places. “Part of our job is to educate and inform clients about places they could go that might give them a little more creative juice.”

He lists Colombia, Costa Rica and Panama among destinations that are both cost-effective and attractive, in terms of landscapes and possibilities. In Europe, he mentions Ukraine and Poland. “People think Poland is well-trodden, but it’s really not. It has great locations and its film industry is deep.”

Talking of locations, Harry and a team were recently in South Korea on a six-day shoot for a car launch. “It was strange because it was at the time that Mr Trump was lobbing volleys of insults at the North.”

The mention of Trump provides a segue into a brief discourse on the role of the media, which has implications for Epica with its jury of journalists. “The news media is more essential than it has ever been before. We need people who are diligent and unbiased in their reporting.”

Integrity is something that Harry values highly, which is why he prefers to meet the people he works with face to face. “Everyone has been fully vetted. Having been in the production business since the late 70s, and having owned a service company in Miami for 11 years, I’ve developed a feeling for the services world and so I trusted my gut instincts when I began assembling the network that exists today”.

At the same time, he has worked hard to ensure that he inspires the same kind of confidence. “People come to GPN because they know me, the quality of our network, and the reliability of our services. They also know that for any project, large or small, we will always do our homework to ensure our clients are in good hands and provided for.”

Even in the complex world of filmmaking, he says, choices are always guided by principles. “Reputation, honesty and integrity are all we have.”