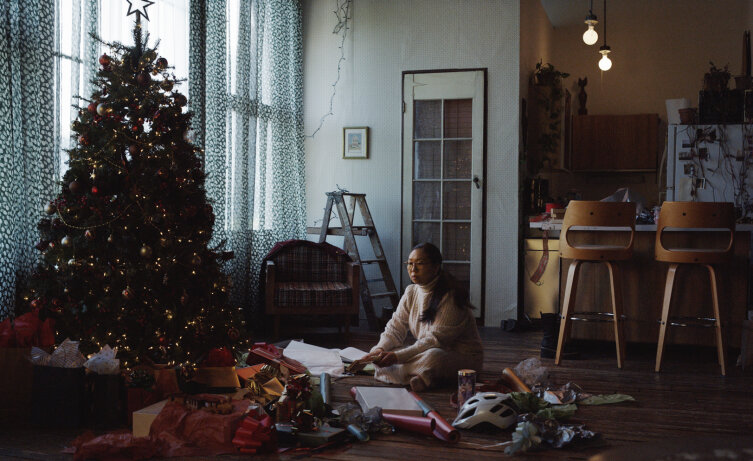 
This Christmas, Marine Toys for Tots, the U.S. Marine Corps Reserve’s premiere Community Action Program, is inspiring donations to children in need through a new PSA campaign airing on broadcast and radio throughout the holiday season. The heartfelt 60 second spot, “Anyone Can Be Santa,” tells a story centered around the simple yet magical connection between a donor and a child in need.

“Anyone Can Be Santa” reminds viewers that a bit of Santa’s magic exists inside of each of us, just waiting to be unleashed -- It’s the power of giving in action. For children everywhere, Santa is an elusive character that delivers the magic of the holiday season each year. We want people of all backgrounds across the country to realize that when they give to Toys For Tots with the Marines, they too can be Santa for a child.

Creative agency Wunderman Thompson worked with director Madeline Clayton to create a piece that feels inclusive and clearly showcases how ordinary people can make a difference by donating to Toys For Tots – dismantling the stereotype that only a certain type of person can be generous.

Wunderman Thompson shot the 60 second spot with Curfew across Brooklyn and Queens, casting local Marines in the scenes. Bleeding Fingers developed the scoring that supports the emotion of the story.

“We hope this spot inspires the viewer to recognize that this holiday season, it’s simple to make a child’s Christmas wish come true: anybody can donate, anybody can help a child in need, and anybody can be Santa,” says Jared Kozel, EVP, Executive Creative Director at Wunderman Thompson.

Over 830 local toy collection and distribution campaigns will be conducted by U.S. Marines and volunteers in all 50 states, DC, Puerto Rico, Guam, and U.S. Virgin Islands.

M&C Saatchi London Supercharges New Business and Marketing Capabilities With Promotion of Christi Tronetti to New Head of Growth Role
Want to make your company shine?
Showcase Your Work
Add up to 4 pieces of creative work to your company profile.
Boost Your Visibility
Appear above the rest when global brands search for you.
Encourage Direct Contact
Make it easier for clients to reach you by having the right people listed in your profile.
» Switch to a Starter Profile
Start now 更多信息
Otherwise keep editing your FREE page
Any questions?