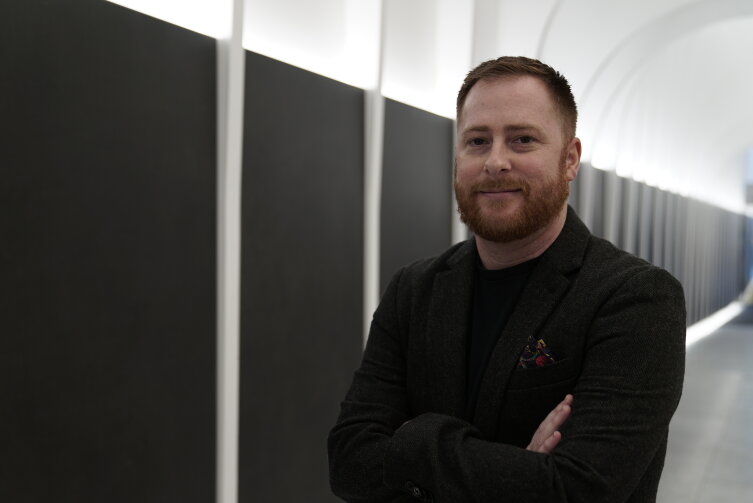 Rideout brings over 15 years of experience from both the agency and client side to Juniper Park\TBWA.

Rideout joins Juniper Park\TBWA following nearly 3 years with McCann WorldGroup Canada, where he served as Chief Strategy Officer of McCann Canada in Toronto. He was previously Head of Brand and Fan Experience at MLSE, where he oversaw all brand, business intelligence, digital product, and fan experience teams. Prior to this, he was SVP of Strategy and Partner at Sid Lee and Director of Digital Strategy at Leo Burnett Toronto.

In his previous roles, Dustin led the strategy behind the famous We The North campaign for the Toronto Raptors, which helped reposition the franchise, as well as various other internationally awarded campaigns for The North Face, Stella Artois, Samsung, and Ikea. His work on these campaigns resulted in international honours at Cannes Lions, The One Show, and The Clio Awards, along with recognition at every major effectiveness competition in North America.

In joining Juniper Park\TBWA, Rideout will join the TBWA global collective of over 200 spotters who identify cultural triggers, edges and stories which are then used to create timely culture immersions, all delivered to TBWA employees worldwide each day through a video editorial arm called Backslash.

“I’m extremely excited to be joining the diverse and talented team at Juniper Park\TBWA, who love to collaborate and think differently about how to solve business problems through creativity,” says Dustin Rideout, Chief Strategy Officer of Juniper Park\TBWA. “The Disruption® philosophy that guides the work at TBWA speaks to me personally, and it is exactly the kind of strategic approach I believe brands need to drive growth.”

The appointment of Rideout as CSO concludes a five month global search by the agency for its new strategy lead and executive team member.

“Developing ideas that disrupt culture requires incredibly strong strategic discipline. Dustin brings brilliant precision, while embracing innovation and diversity,” says Jill Nykoliation, CEO of Juniper Park\TBWA. “Dustin is one of the sharpest strategists in the industry. His belief that through radical collaboration and empathy, creativity has the power to change the world, is something that aligns directly with our culture and vision for the future.”

Juniper Park\TBWA’s hiring of Rideout comes on the back of an incredibly successful year for the agency, whose work resulted in creative and effectiveness award wins at the 2019 ADCC’s, Clios, LIAs, and Effie Awards.

He is the most recent in a string of senior hires and promotions, with industry veteran and renowned producer Steve Emmens joining as Managing Director of Integrated Production in December, Helen Androlia coming on as Director of Digital Strategy, and TJ Arch being promoted to Creative Director.

Juniper Park\TBWA Brings on New Talent to Accelerate its Continued Transformation Towards Precision Marketing and In-house Production, and Reinforces its Commitment to Diversity & Inclusion

Jayne Agency’s “Give Back” program empowers 1,400+ small to mid-sized and diverse businesses to weather the COVID-19 pandemic

ÜberCreativity: Serviceplan Group is “raining” change on the advertising industry with The Rainmakers series of video talks
Want to make your company shine?
Showcase Your Work
Add up to 4 pieces of creative work to your company profile.
Boost Your Visibility
Appear above the rest when global brands search for you.
Encourage Direct Contact
Make it easier for clients to reach you by having the right people listed in your profile.
» Switch to a Starter Profile
Start now 更多信息
Otherwise keep editing your FREE page
Any questions?