Nearly Half of Users of Ad Blockers Will Avoid Websites that Target Them With Ads, Creating Challenges for Advertisers

The new survey report from portfolio website Visual Objects makes these claims and argues that personalization makes ads more useful for potential customers, but the data also shows that ad-fatigued users can be alienated. Businesses must ensure ads that rely on user data do not reveal personal information, such as age, marital status, or schooling.

Baby Boomers vs Millennials Comfort With Data Collection in Advertising

By contrast, 58% of millennials and 64% of Generation X respondents feel that data collection invades their privacy online. As people increasingly demand more privacy online, some browsers, like Mozilla, have started offering options for users to go ad- and tracking-free for a price. The Visual Objects survey found that younger ad blocker users are more likely to pay for this type of browsing. Almost half of Generation X users (47%) and 41% of millennials are willing to pay to browse ad-free, compared to only 29% of baby boomers.

“I think younger people tend to be less threatened by data collection because it’s what they’ve known,” said Tim Smith, director of communications and media planning at IPNY. “They’ve grown up with data breaches and they’ve almost always been connected and online.” Smith also said that older internet users often have more to lose financially than younger users, making them more wary of data breaches.

Businesses should build trust with users of all ages by allowing them to access the personal data that is collected and remove it if they desire. Read the full survey report at visualobjects.com 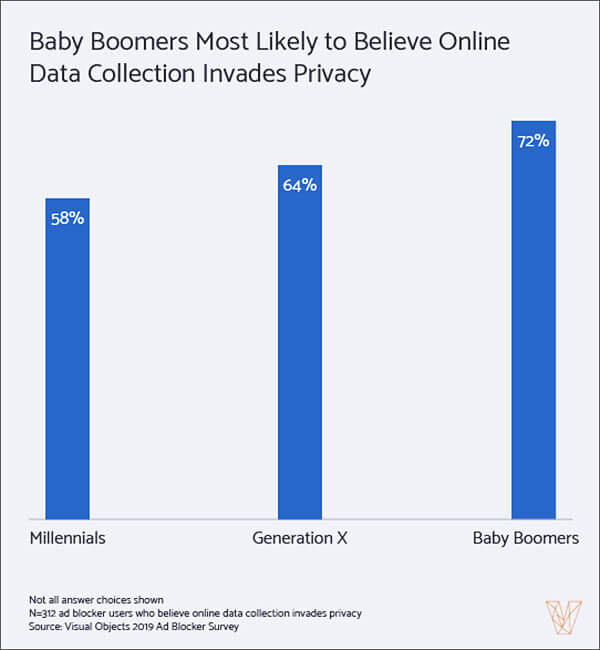 The post Nearly Half of Users of Ad Blockers Will Avoid Websites that Target Them With Ads, Creating Challenges for Advertisers appeared first on IPNY | New York Ad Agency | NYC Brand Agency | InterplanetaryHQ.

Q&A with Managing Director Tom Steadman as published in AdForum.com The harsh reality of the post-COVID virtual agency pitch process. What is... 阅读更多
AGENCY: ,

As published in adweek.com This inner turmoil could lead to a shift in brands’ willingness to advertise. By Sara Jerde Key insight: The more... 阅读更多
AGENCY: ,

MM&M Chooses IPNY As Ones To Watch Agency

As published in MM&M MM&M (Medical Marketing & Media) has chosen IPNY to be included in their 2020 North American Healthcare Agency... 阅读更多
AGENCY: ,

Fighting racism is like fighting other cancers. It takes an investment of time and resources and collaboration. Let’s be inspired by this... 阅读更多
AGENCY: ,

Who’s The Hero Behind The Mask?

As published in MM&M Dana-Farber Cancer Institute’s Who’s The Hero Behind The Mask? initiative was designed by Dana-Farber and... 阅读更多
AGENCY: ,
查看更多新闻